This was the pre wedding shoot for Nick and Lauren. They chose for there shoot to be at Lymm Dam.  Lymm Dam is situated south of Lymm Village in Cheshire. I had never been to the Dam before or  even knew it existed, so I was quite looking forward to seeing what it was like. Spring was in the air and the skys were blue, so we had a beautiful day for it. The Dam was very tranquil with lots of wildlife and woodlands surrounding it. We had lots of interesting areas to take photographs. The pre wedding shoot is useful for both the Photographer and the couple. The couple gain a bit more confidence and become a little more comfortable in front of the camera. The photographer learns more about the couple and in doing so the photographs become more personal. I interviewed Nick and Lauren to learn more about them as a couple.

Where did you meet?

Nick: Lauren and I met through a mutual friend in University, she was in his class and I lived in the same halls with him. When they became friends he brought her back to halls to hang out and meet everyone, and we found we got along really well,  but didn’t act on it until a few months later.

Lauren: When we did we tried to keep it from everyone to stop any gossip etc but that didn’t work at all – if anything it made it worse! 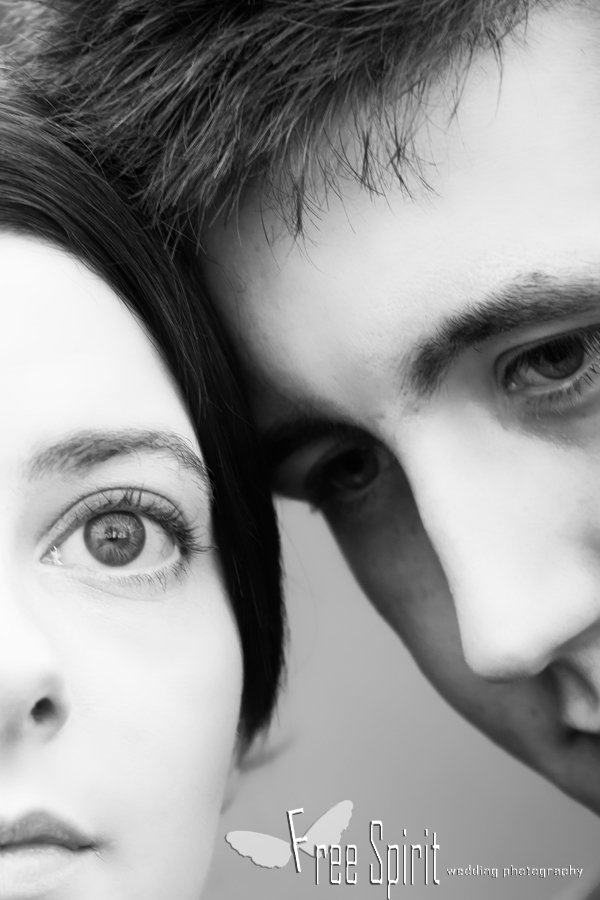 What is it about each other that you love?

Nick: Well there’s a lot of things people usually say in response to this question, I’m afraid a lot of them are true. She is able to make me laugh even if I’m in a mood where I don’t want to. She is a very complimentary partner to me, we sort of fill in each other’s blanks and together make a good team. When one of us is in a panic the other will keep their head and calm the other, we like similar things but have our differences to keep things interesting. If I’m alone somewhere then I want to share what’s happening with her, and she apparently gets the same feeling!

Lauren: It’s true, I do. I’d pretty much say the same, he makes me laugh, he has helped me through some really difficult times. Basically we’re best friends! 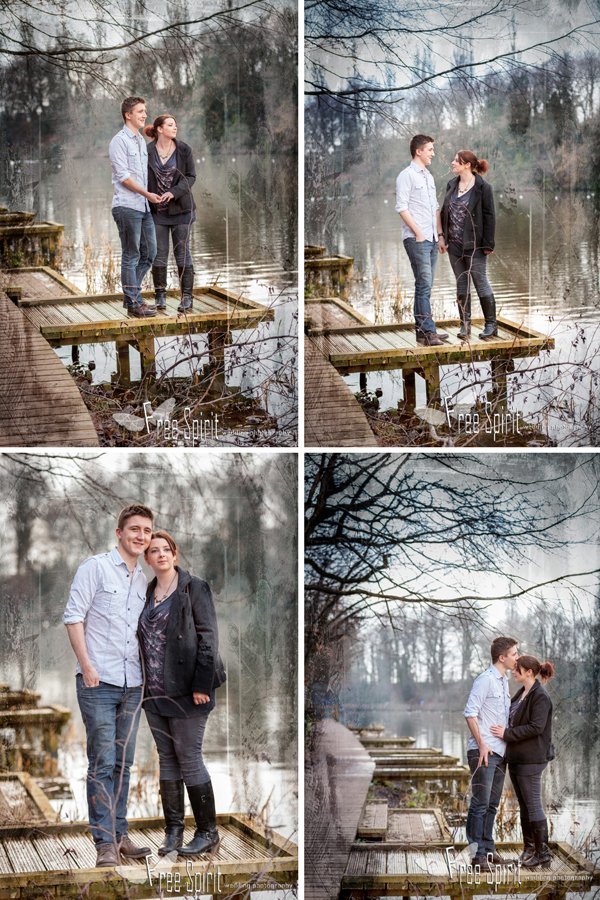 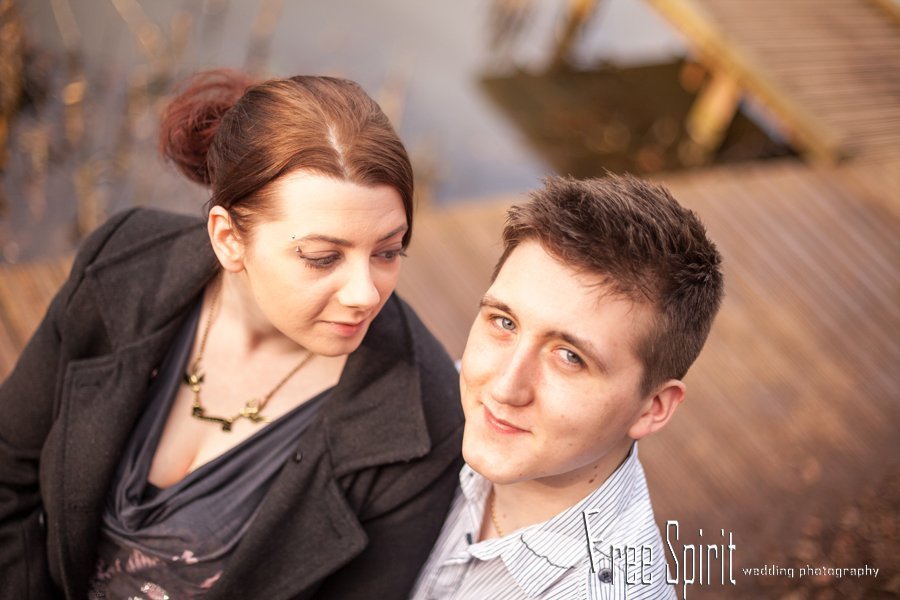 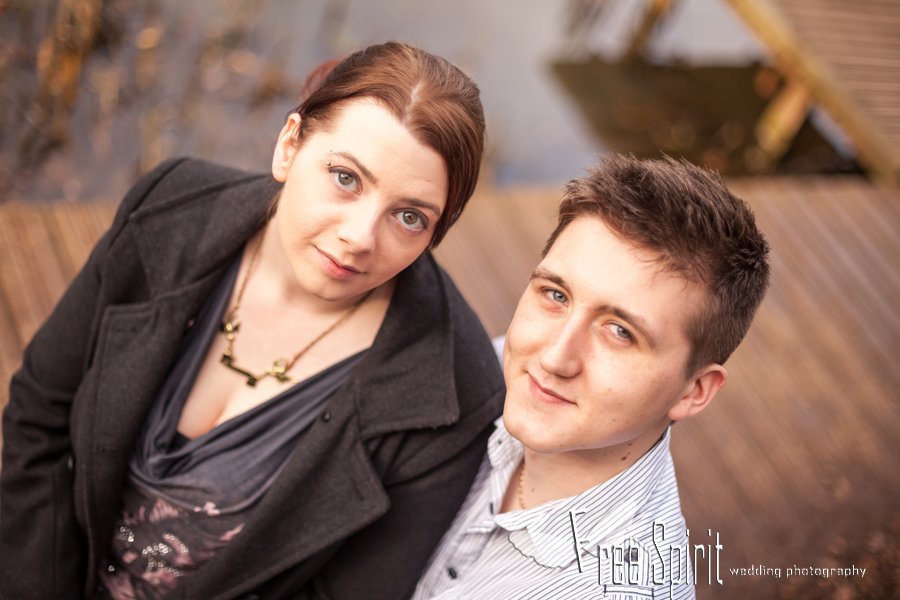 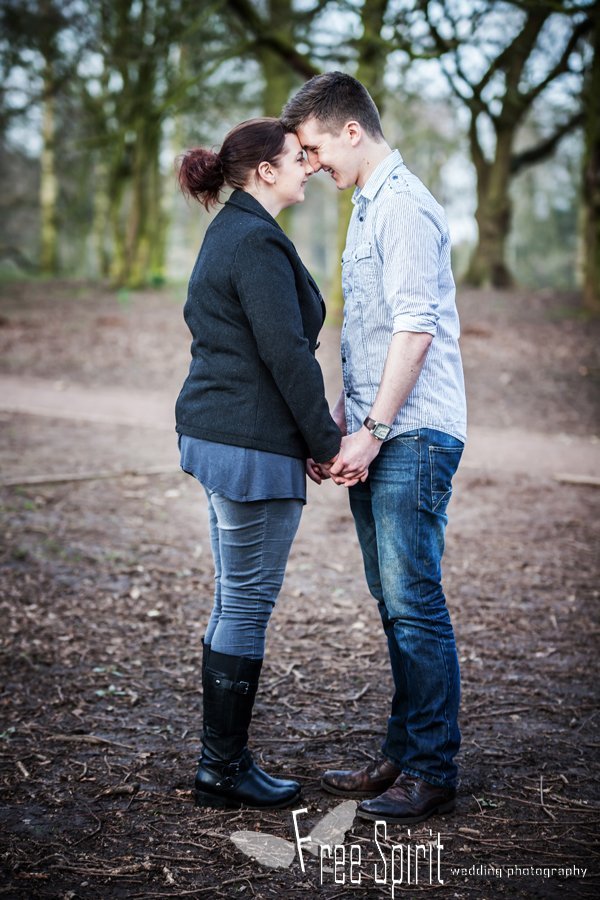 Explain how the proposal went.

Lauren: We’d gone away to Prague to celebrate our fifth anniversary and while there, Nick surprised me with tickets for another trip later in the year to London to see Wicked (since I really love musicals). Once we were there we went on a bit of a whirlwind tour of London since I’d never been, and Nick wanted to show me all the sights. The one I was bothered most about though was the London Eye, but Nick’s afraid of heights!

Nick: What she didn’t know, however, was that Lauren wanting to go on the London Eye matched my plans perfectly. I try to overcome my fear wherever I can, so me insisting on going on it didn’t seem too strange.

Lauren: It seemed a little bit strange, I knew something wasn’t quite right.

Nick: Once we were on there the atmosphere was ruined a little by a slightly unusual man who was being overly familiar and friendly with everyone, insisting on talking to all the people in the capsule we were in, whether or not they wanted to talk. Once we were at the very top, I managed to casually pull Lauren over to one side, gave a little speech about being very happy with her, then popped the question!

Lauren: We made sure to buy our souvenir photo afterwards too! 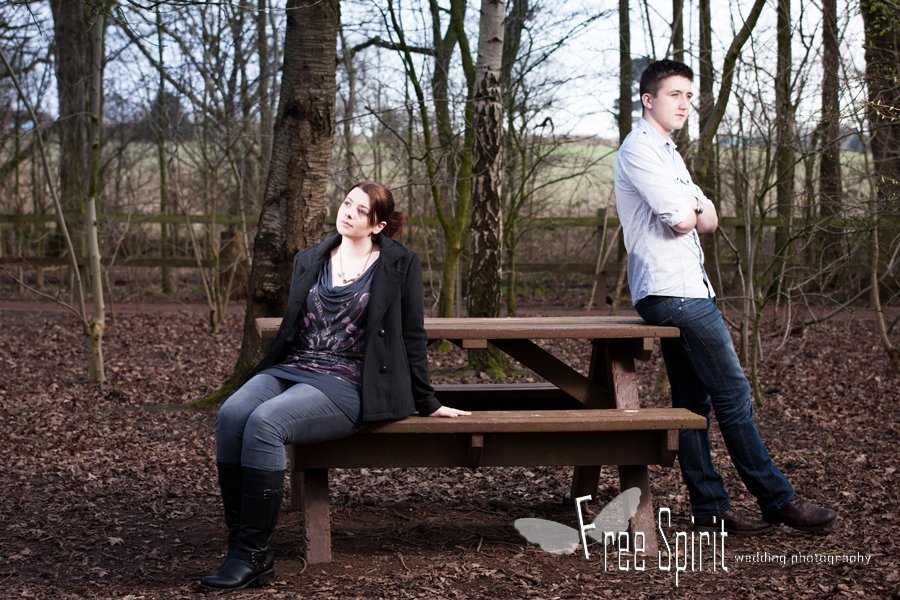 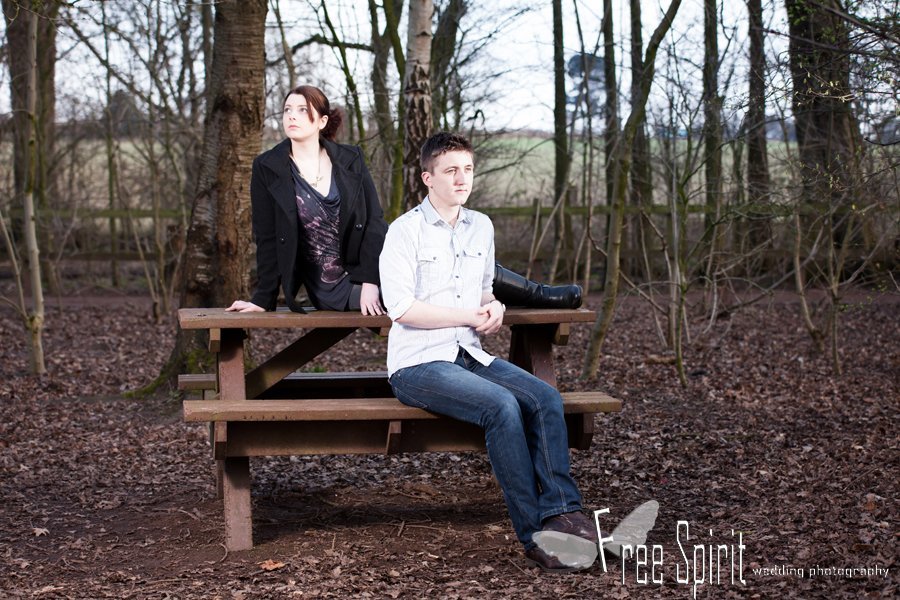 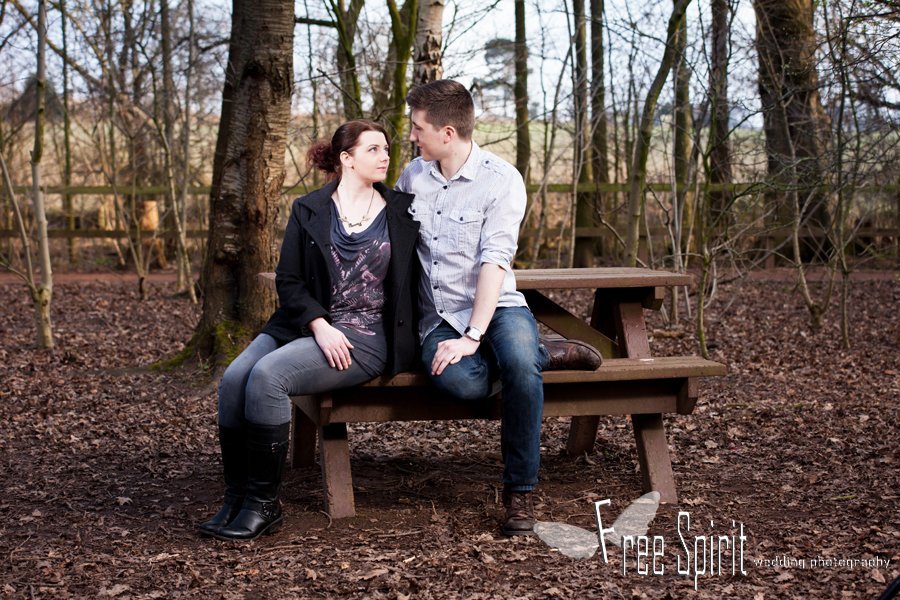 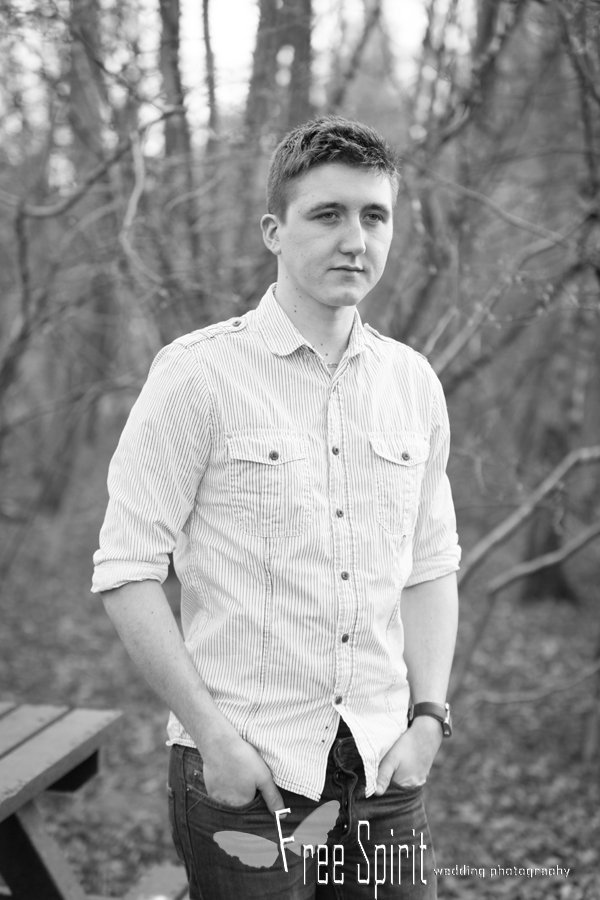 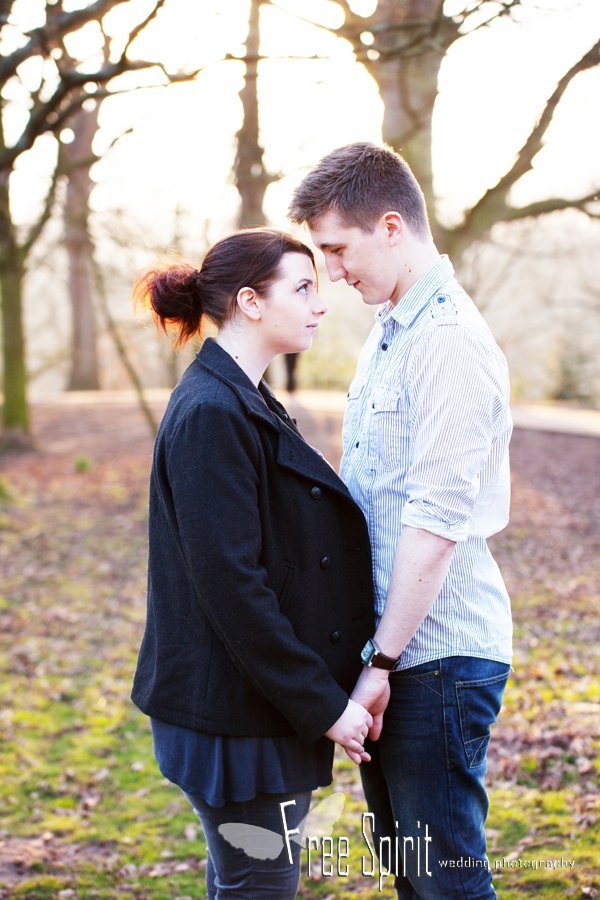 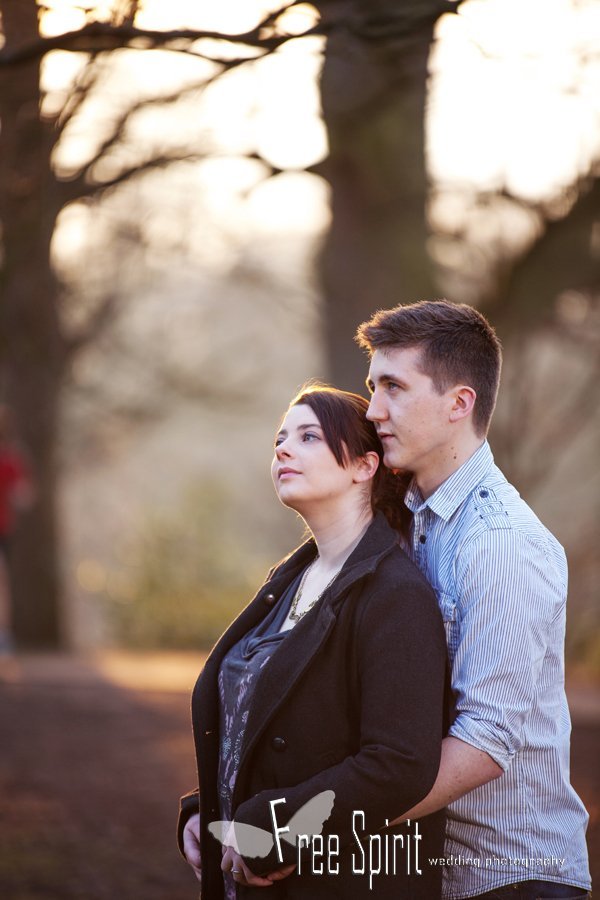 Finally, what do you think is the secret to a long lasting relationship?

Nick: As Lauren mentioned we’d celebrated our fifth anniversary before I proposed, we’ve now been together over seven years, so hopefully our answers have some weight to them.

Lauren: I think honesty is important, we’re definitely always honest with each other.

Lauren: But complete honesty means complete trust, definitely. Obviously trust matters, along with keeping each other smiling and making sure you don’t bother too much about little annoyances etc.

Nick: We’ve been through some tough times together but as long as you do what you can to show each other that you still value each other, and again keep each other’s spirits up then you should be fine! 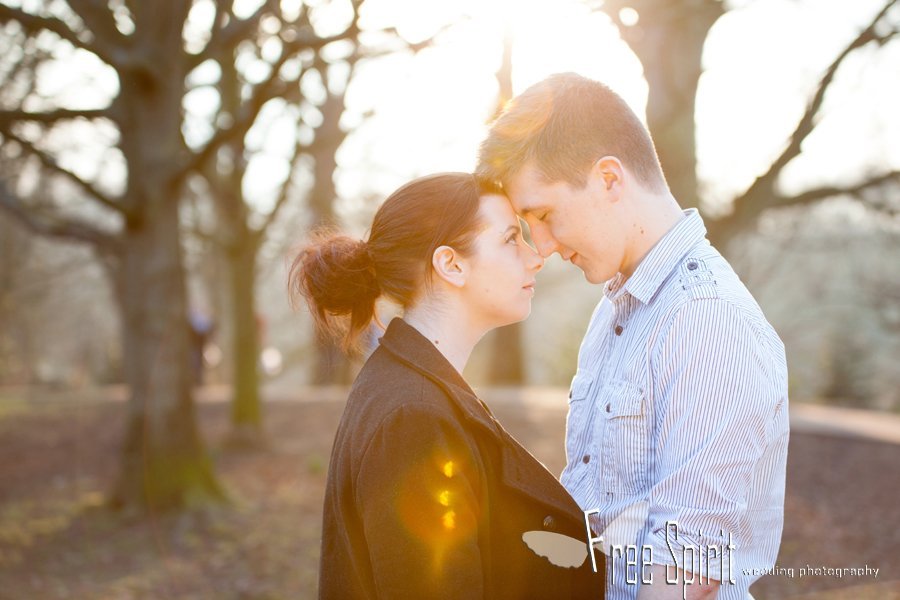 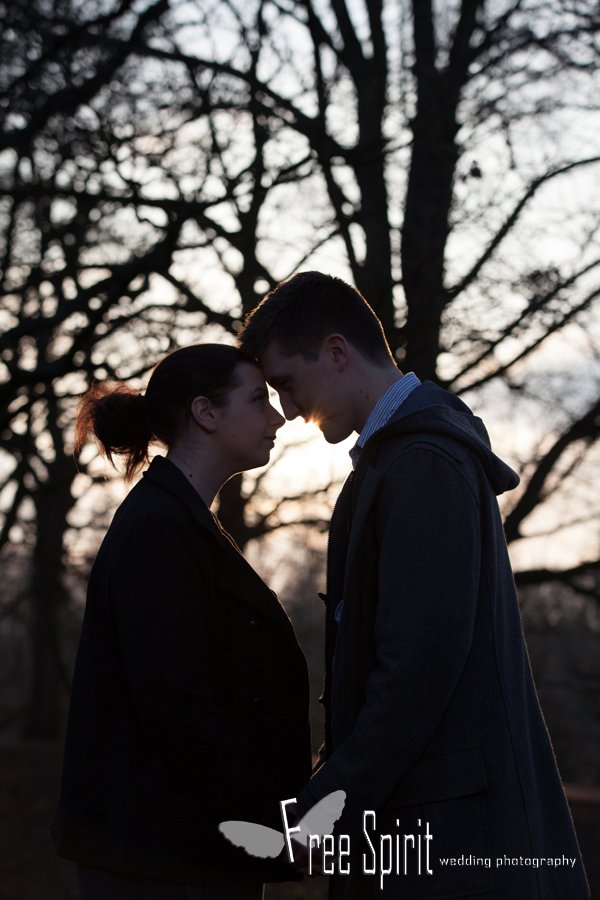 Lets chat about your amazing day!

Wedding or other event